What I love about drawing patterns is how new pattern ideas emerge from existing patterns. Sometimes it’s just enough to remove a couple of lines and a new interesting pattern emerges. This particular pattern came about as a variation of the previously posted pattern “TV Show ‘Extant’ Inspired Coloring Pattern”. This version is created by removing crossing lines as shown in the picture below. 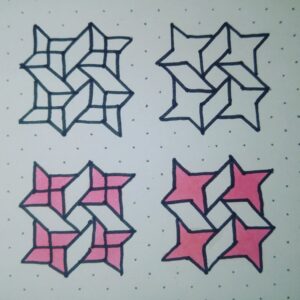 I’ve decided to name this pattern Wind Rose because the 4-ray star shape in this pattern resembles the shape also known as Rose of the Winds, or a compass rose, a figure on a compass, map, nautical chart, or monument used to display the orientation of the cardinal directions (north, east, south, and west) according to Wikipedia.

Here are the drawing instructions and a few coloring designs. 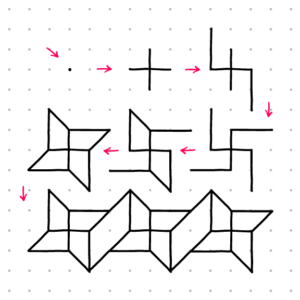 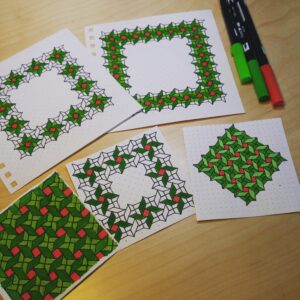 Did you try this pattern?

Leave a comment below. We would love to see your work! Take a picture of your masterpiece and attach it to your comment. Are you following us on Instagram? Follow us and tag us with our Instagram handler @geomegic to have your work featured on our feed.

This site uses Akismet to reduce spam. Learn how your comment data is processed.

What is Geomegic?
Our Story
9 Amazing Facts about Geomegic
Terms of Use 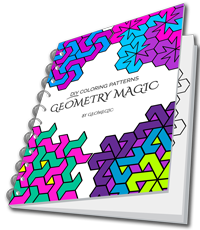 See what's in the book 👉

You have Successfully Subscribed! Now check your email!